Bruce is the owner and founder of Kiwi PT. He is also the clinic director and  treats patients regularly within the clinic. See “The Owner” tab for his full story and PT experience.

Regina has worked as a Physical Therapist at Kiwi PT since October 2017.  She was born and raised in Namibia, formerly known as South West Africa.  The second of four daughters born to German parents, Regina graduated from the prestigious Stellenbosch University in South Africa in 1983, with a BSc degree in Physiotherapy.

After backpacking for three months through Europe, she returned to Namibia where she worked for a year in a hospital setting.  She then moved to South Africa where she worked in Outpatient PT before spending three years teaching PT students at the University of the Orange Free State.

Regina moved to the USA in 1991 and started working in an Outpatient PT clinic in Milford, Michigan in September of that year.  For five years, she worked in Outpatient and Inpatient settings for a contract company.

Regina married John Olari in 1993, with whom she has three children, Luke, Katja, and Benjamin.  She became a stay at home mom and then homeschooled all three children.

Over the last seventeen years, Regina has worked part time as a PT, first at Excel Rehabilitation in Milford, then at ATI in Milford.

We are very happy to have someone as experienced and capable as Regina on our team. 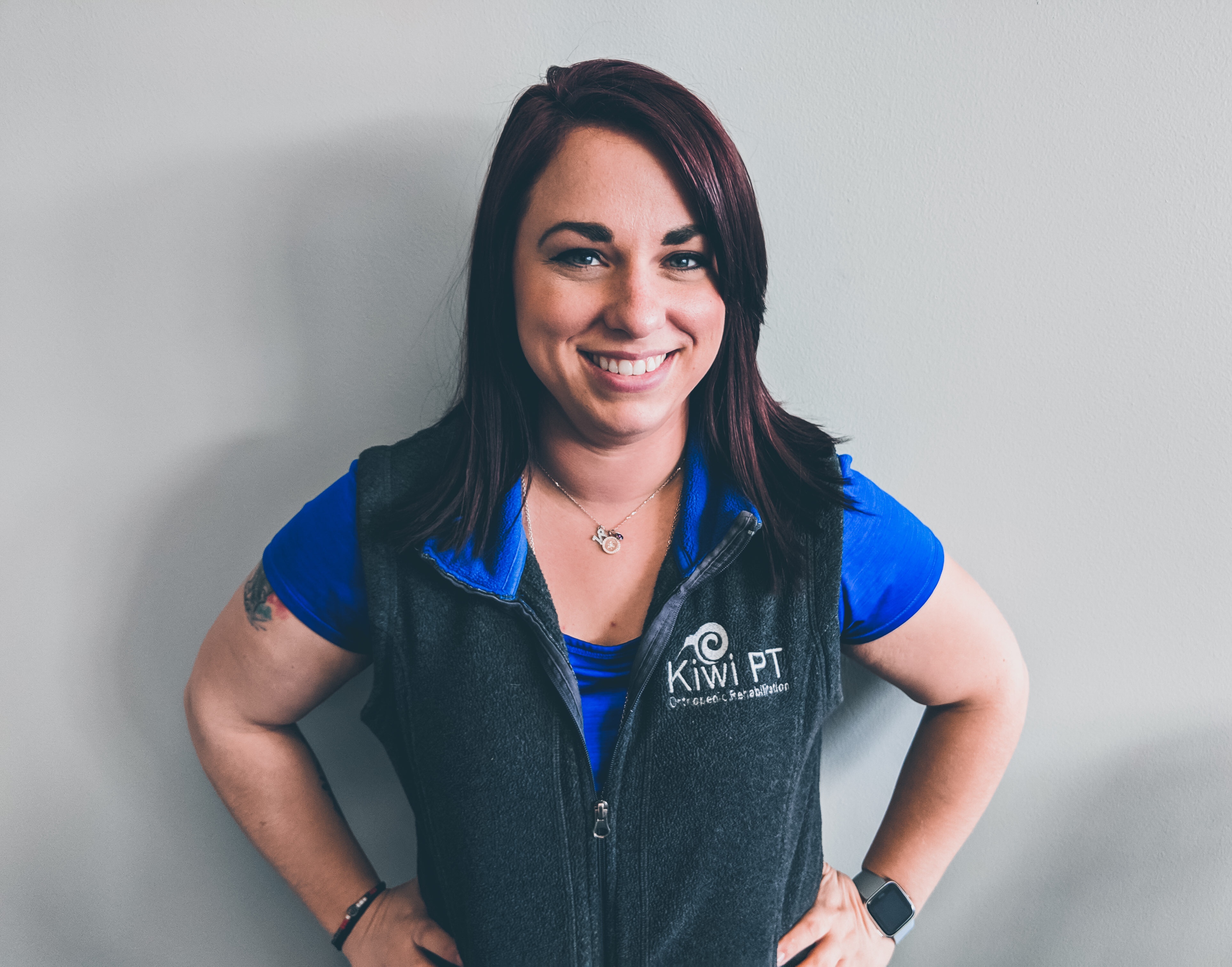 Mary attended Oakland University and received a Bachelor’s degree in Wellness, Health Promotion, and Injury Prevention in 2013. She began working as a Rehab Tech while completing her Bachelor’s degree and became interested in Physical Therapy. She graduated from the Physical Therapist Assistant Program at Baker College in December of 2017 and began working at Kiwi PT as a PTA in February of 2018.

Mary married her husband Daulton in 2013 and they live in Highland with their two children, Larkynn and Elliott.  She enjoys practicing yoga and became a 200 hour registered yoga teacher through the Yoga Alliance in the Fall on 2019.

Mary became a certified LSVT BIG certified clinician (a specialized treatment for patients with Parkinson’s Disease and other movement disorders) in August 2019, and is interested in pursuing continuing education courses to learn craniosacral therapy.

Rafael is our senior tech and began working at Kiwi PT in December, 2017. He received a Bachelor’s degree from Eastern Michigan University in Exercise Physiology and is currently applying to Physical Therapy Schools to pursue becoming a Physical Therapist. He will be attending Wayne State University’s Physical Therapy program in the Fall of 2020.

Catrina started as a Rehab Tech at Kiwi PT in March, 2019. She received a Bachelor’s Degree from Central Michigan University in Kinesiology while double minoring in Psychology and Sign Language. She is currently attending Oakland Community College to become a sign language interpreter.